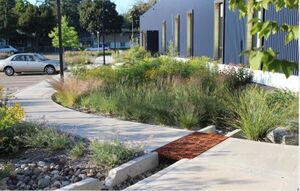 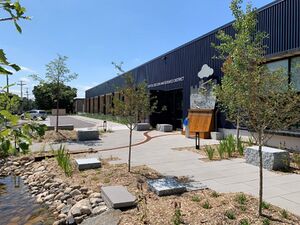 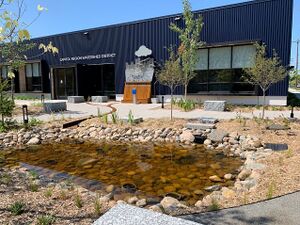 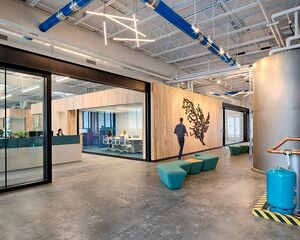 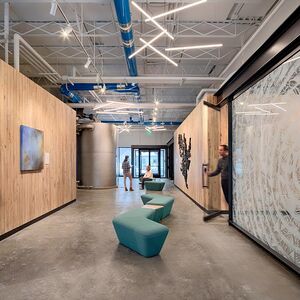 CRWD’s headquarters are at the heart of the District and therefore make an imprint on the local water resources. CRWD moved to the Midway neighborhood of Saint Paul in December of 2018 and renovated the site with exemplary green infrastructure planning. The new offices at 595 Aldine Street use green building principles, including stormwater management and energy-saving practices, to conserve natural resources and create a healthy workplace. Numerous clean water features such as several large rain gardens, tree trenches (bioretention practice) and permeable pavement were added to collect rainwater and allow it to soak into the ground. In addition, a new pocket park with a water feature, native plantings and an interactive educational exhibit were added to the corner of Thomas Avenue and Aldine Street.

The building also includes a rainwater harvesting system. All the roof water is collected and directed to a 3,000-gallon cistern in CRWD’s lobby. The water passes through a pretreatment system that removes all the big particles. Additional treatment is provided to remove finer sediments, particulates and bacteria before the water is used for toilet flushing, bottle washing, spigot use, and the interactive exhibit located in the pocket park. CRWD utilizes a weather forecasting system that predicts rain and coordinates the controlled draw down of the cistern to create room for incoming rainwater. That drawn down water is discharged to a channel on the west side of the building and into the rain garden. This system allows CRWD to capture and clean enough rainwater to supply 75% of the building’s non-potable water needs.