Annual volume, expressed as a percent of annual runoff, treated by a BMP as a function of soil and Water Quality Volume. See footnote1 for how these were determined.
Link to this table

1Values were determined using the MIDS calculator. BMPs were sized to exactly meet the water quality volume for a 2 acre site with 1 acre of impervious, 1 acre of forested land, and annual rainfall of 31.9 inches. 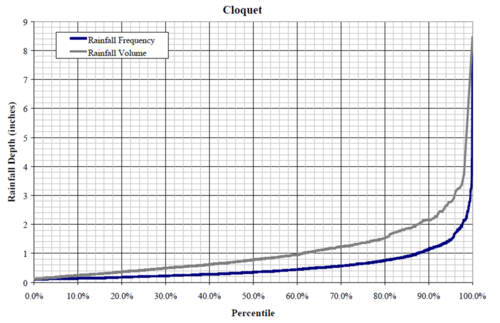 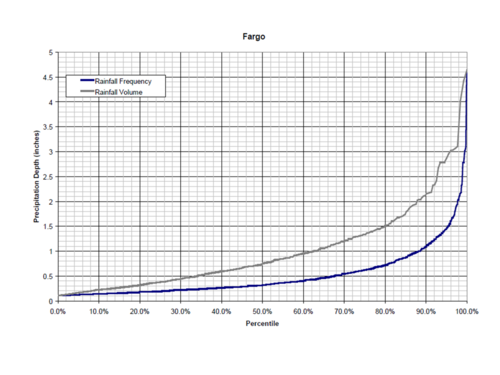 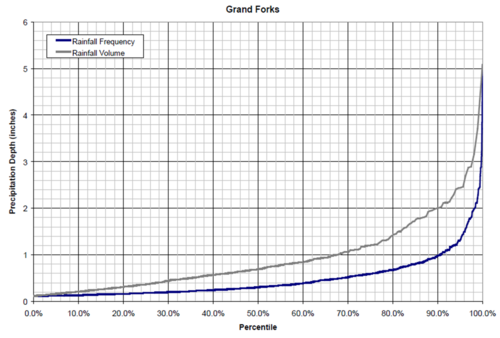 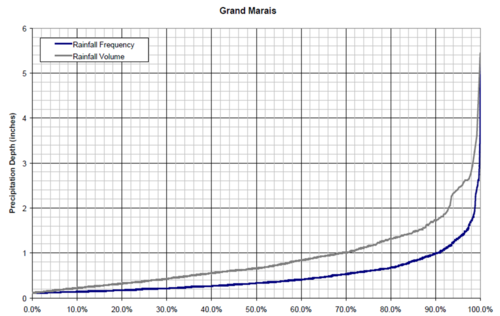 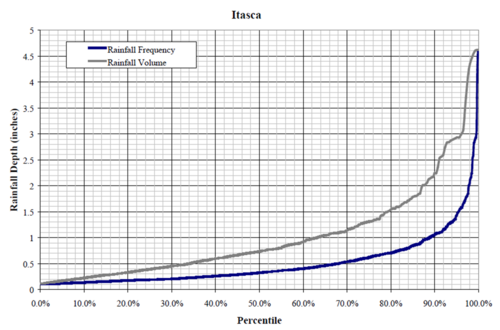 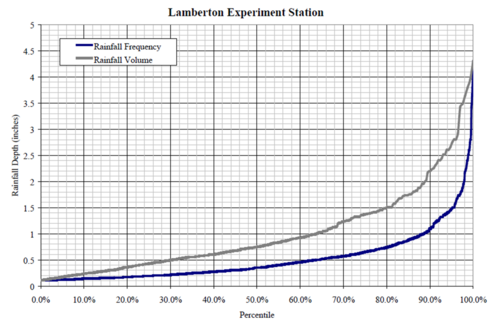 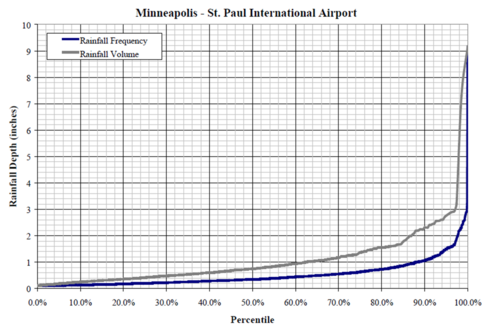 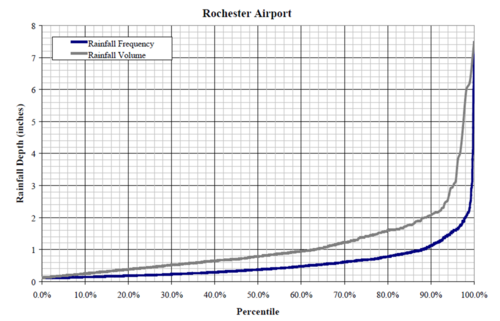 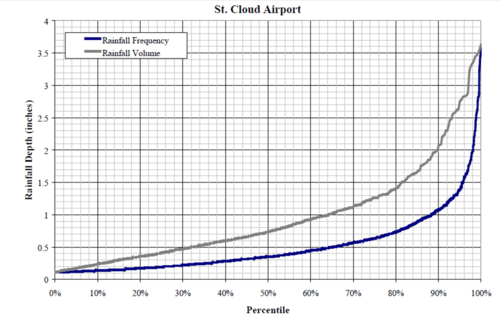 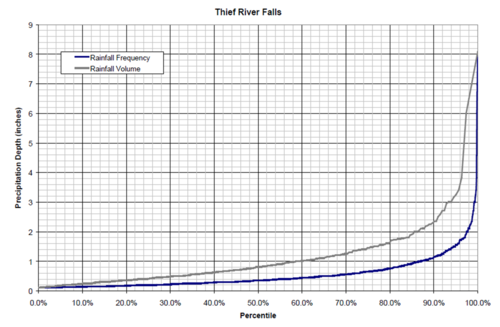