This page provides summary information that can be used for selecting or calculating appropriate emcs for total suspended solids.

We conducted a review of literature to develop the EMCs shown on this page. Nearly all studies provided summary information; we therefore did not analyze raw data with the exception of data from Capitol Region Watershed District (see discussion below) and the National Stormwater Quality Database. We compiled the summary information into a spreadsheet and conducted simple statistical analysis of the information.

Data from the following studies were used to generate emcs for total suspended solids.

In addition to the above sources, we compiled water quality monitoring data from 10 storm sewer outfalls in the Capitol Region Watershed in Minnesota. The data period for each outlet varied but generally spanned the period from about 2005 to 2019. The following information was compiled for each monitoring location.

We also downloaded the 2015 National Stormwater Quality Database. The dataset includes information from across the U.S. We selected only data from Region 1, which includes Minnesota, for analysis. Four land uses included commercial, industrial, residential, and open space, with the number of samples for each land use varying.

For both of these data sets, we conducted simple statistical analyses.

Emcs for TSS vary by land use. This section provides recommended emcs for different land uses. A discussion of factors affecting emcs and potential adjustments to emcs are provided in separate sections below. 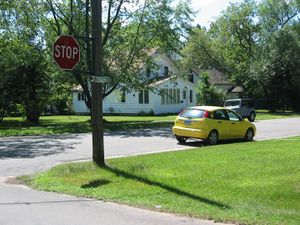 Example of residential land use

Note that residential land uses can include other land uses, such as commercial and industrial. Many studies therefore classify land uses as mixed or urban, even though a specific land use may dominate a particular area.

We chose these studies because they contained large amounts of data and they were located in humid and sub-humid areas of the U.S. The median of the above 7 values is 73 mg/L. 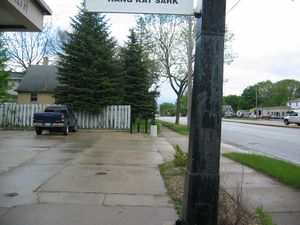 Example of commercial land use

"Commercial land use is the use of land for commercial purposes including building offices, shops, resorts and restaurants as opposed to construction of a residential house" (Reference, accessed December 24, 2019). Commercial areas considered in this analysis do not include areas used for commercial crop production.

We used the following studies in our analysis. Commercial

The median concentration from these studies is 75 mg/L. 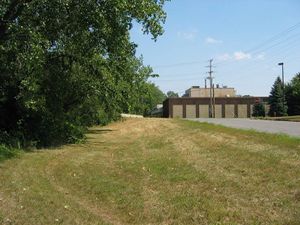 Example of an industrial area

We used the following studies in our analysis.

The median TSS concentration from these studies is 93 mg/L. TSS concentrations do not appear to vary much across different industrial land uses, with the primary sources likely being road salt and atmospheric deposition. However, the following may contribute to higher TSS loads in industrial areas. 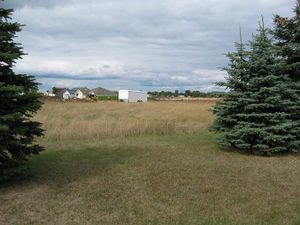 Example of open space land use

Open space consists of land that is undeveloped. Typically it will not contain buildings or other built structures. Many open spaces are accessible to the public. Open space generally consists of green space (land that is partly or completely covered with grass, trees, shrubs, or other vegetation). Abandoned parcels lacking structures may be considered open space, but it is generally more accurate to include these areas in the land use that existed prior to the parcel being vacant, or including it in adjacent land use categories. The following references were used to generate a recommended value a TSS emc for open space.

Parks and recreation areas are generally included in open space. 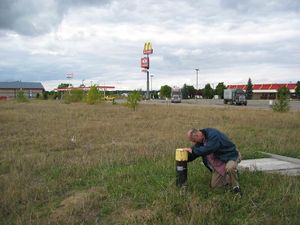 Example of transportation land use

This land use includes major transportation corridors where the land use is exclusively transportation. These areas are typically highly impervious and may include only small vegetated areas consisting of swales or medians, and relatively small right-of-way areas. This land use does not include arterial streets in residential, commercial, and industrial areas. The following references were used to generate a recommended value a TSS emc for open space.

The median value from these studies is 87 mg/L.

TSS concentrations from transportation corridors are highly variable depending on inputs. The primary inputs include road salt, sediment, and vehicle-related wastes, including oil. The recommended value should be adjusted based on vehicle traffic and likely suspended solids sources and inputs.

Information: The recommended event mean concentration for total suspended solids in runoff from conventional (non-green) roofs is less than 20 mg/L

where A = area in acres.

NOTE: To calculate loads for a mixed land use, a curve number or runoff coefficient must be calculated based on the impervious surface for each of the land uses.

Summary table for event mean concentrations by land use

Several factors affect concentrations of total suspended solids in stormwater runoff. The following bullet list summarizes some of the most important factors. Note these are general conclusions and not applicable to all local situations.

Several factors affect emcs, as discussed above. Emcs can and should be adjusted when supporting data exist. Local monitoring data should be used to support different emcs than those recommended on this page, but the following guidelines may be used to adjust emcs.

To assess the effect of changing the TSS emc, we ran several scenarios using the Minimal Impact Design Standards Calculator. For each model run we assumed 31.9 inches of precipitation annually. We varied the emc as follows

We varied land use as follows

The results, illustrated in the adjacent graph, indicate a small effect of soil. Changing the emc within a specific land use scenario, however, results in significant changes in loading. The change in loading is linear and equal to the following.

This exercise illustrates the importance of selecting an appropriate emc.

where impervious is given as a fraction (not a percent).

There are numerous studies summarizing TSS exports for different land uses. Examples include the following.

The studies illustrate the importance of estimating runoff volume, since loading from commercial areas, for example, is greater than from residential areas even though the emc for commercial areas is lower (0.20 mg/L compared to 0.325 mg/L for residential).

The following example illustrates how a variable land use setting may be modeled using the MIDS Calculator.

EMCs are as follows.

Total load with the variable land uses (1945.2 pounds) is much greater than the default MIDS scenario (1410.7 pounds). This is primarily due to the higher emcs and partly due to the higher impervious acreages in the variable land use scenario. The effect of impervious acreage is shown, for example, by reducing the percent impervious for industrial land use from 72% to 50%. This results in a total load of 348 pounds, or a reduction of about 100 pounds (22.3% reduction for a 22% change in impervious). This example also demonstrates the importance of accurately identifying land use within a modeled area.