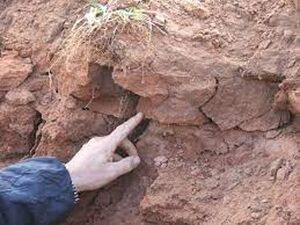 Soil density is related to the mineral and organic composition of a soil and to soil structure. The standard measure of soil density is bulk density, defined as the proportion of the weight of a soil relative to its volume, typically expressed as g/cm3 of soil. Bulk densities in undisturbed soils range from about 1.0 to 1.4 g/cm3, being higher for sands and with increased depth in the soil profile.

Compacted soils exhibit increased bulk density. Several activities result in soil compaction, including but not limited to increased traffic (foot or machinery), turf, lack of soil cover, and use of fill.

The effects of compaction are difficult to overcome and may persist for decades. Natural processes such as freeze-thaw cycles, animal burrowing, and root growth only slowly diminish compaction. These natural processes are typically limited to the upper foot or two of soil. Even when bulk densities decrease, the original soil structure may not be achieved (Randrup, 1997; Schueler and Holland, 2000).

The following table summarizes results for different activities designed to alleviate compaction. The results suggest compost amendment is an effective method for alleviating compaction, while tillage is considerably less effective. Note however, this is an area of on-going research and some recent studies suggest properly conducted tillage can be effective at reducing compaction. For an example, link here.

Below are links to videos demonstrating methods for collecting bulk density samples.

Methods for measuring bulk density are provided in the following documents.